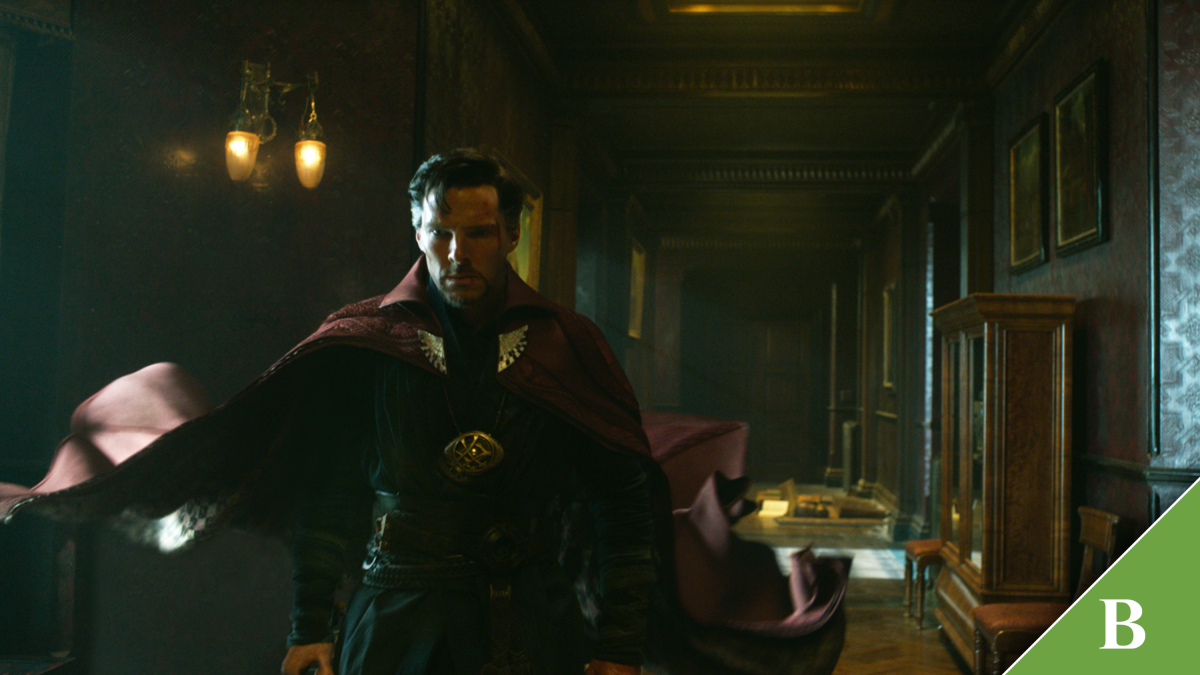 Marvel movies are a huge part of modern cinema and with 2-3 movies expected each year for the next five years it is hard to see the end of the trend. So, with this saturation of the market is it possible that the company can keep things fresh to counter the inevitable superhero fatigue? There is an answer given to this by Dr Strange and the answer is an assured ‘eh, maybe.’

The film is a harbinger of times to come for Marvel as one of the first ventures into B-string heroes. Although there will be comic fans that defend him, the fact cannot be argued that Dr Strange has never been a hero that has hit the mainstream in the way that it’s previous movie tentpoles have done.

There remains one outlier, in the form of Marvel’s best film yet, Guardians of the Galaxy, wherein Marvel had their favourite shortcut to entertainment seized from their grasps. In Guardians of the Galaxy they could not rely on the moment of easy movie magic where the hero finally puts on the mask, where they become the hero that everyone is anticipating. This could not happen in Guardians of the Galaxy because most people watching had no prior knowledge about these heroes. Dr Strange suffers from the same limitation, luckily he wears a magic cape, so viewers can still be treated to the moment of apotheosis that defines the origin story.

But enough about Marvel, what about the film.

The film follows Benedict Cumberbatch as Steven Strange, an arrogant surgeon who has watched too many episodes of House. He is rich, selfish and inconsiderate to those around him until he is involved in a 100mph car crash and loses the use of his hands transforming him into a rich selfish and inconsiderate man obsessed with fixing his hands. His journey takes him to a Nepalese mountain village where he is introduced to the world of magic… And then there’s an evil plot by an interchangeable villain using this magic that Strange must help fight against. In many senses, it is the same story we have seen before, only the characters and setting have changed. It is a MCU movie base layer with a Batman Begins/ House MD filter applied.

Where Dr Strange shines is in its embracing of its magical origins, there is a trend in Marvel movies to over explain the science behind certain occurrences, often grounding it in an unneeded reality that is a residual effect of Nolan’s Dark Knight Trilogy. In a scene in Dr Strange, Tilda Swinton’s all-knowing guru The Ancient One continually knocks back Strange’s attempts to find a scientific explanation for magic. This is one of the best, most self-aware moments of the film in which the film announced that it is something new and different and it is immediately followed up by the stand out moment of the film, where Strange is taken on a journey through the multiverse and shown the level of understanding that he is completely unable to comprehend. It is a scene that’s a showcase for some incredible visual effects more akin to Enter the Void than Iron Man and a promise of things to come later in the movie.

However, other than a few fight scenes which exploit Inception style city bending and trigger happy fractals the multiverse is left in the background, serving as a stage for fight choreography and as a servant to the on-Earth drama. There is an attempt to bring the multiverse into the story but it is shoehorned into the end, a great touch and end to a film that did not precede it. Easy comedy beats fall flat, Rachel McAdams and Mads Mikkelsen are more than wasted and the desperation to make Stephen Strange the next Tony Stark are blatant. There are multiple great moments in the film that enthral but stink of wasted potential.

Ultimately it does not use enough of what makes it stand out to make a great film but my faith in Marvel’s future remains intact. They continue to be entertaining, but entertaining in the same way, a way that can become tiresome but has not completely crossed that line yet.

Dr Strange leaves the formula as is but changes up the visuals enough to be new and interesting. It takes some risks but not enough. On the whole it is less than the sum of its parts, but some of its parts are fantastic. Don’t Breathe is a movie that is clearly excited by its own premise, the movie cannot wait to get its audience into the blind man’s house and let the hunt begin. We get as few scenes as possible to identify with our characters before we are locked in to the house and the real story can begin. When the house is broken into all senses are heightened and dialogue is all but thrown out the window. Putting pressure on the non-verbal elements of the film to carry the audience’s attention. It’s a film that succeeds in visual storytelling, keeping viewers aware enough to piece together the narrative without feeling slow or removing any of the mystique.

The film cuts through the horror movie chaff and gets to the good stuff by limiting its clunky dialogue as much as possible. Each silent moment is both a breath of fresh air and a step up a ladder that could be knocked down at any moment. Don’t Breathe treats its disabled antagonist in the way that horror movie monster’s should be treated, keeping him in darkness and in doorways, shrouded in black and hulking over cowering victims, grunting and growling under his breath like an animal. The effect of his blindness lends him an uneasy air as he stands staring just to the left or right of where he should be, making his presence in the scene seem surreal and misplaced.

The movie should be commended for its simplicity, it takes a simple concept and runs with it for as long as it can. Taking place almost entirely in one location, it squeezes as much as it can out of the woodwork of the house, crawling through crawl spaces and checking every window for an escape. The interior of the house is magnificently introduced to us through one long sweeping take which winks to the audience so hard it could burst a blood vessel, pointing out narrative devices with every pan. The film does seem more self-aware than would be expected, it takes its characters to their extremes, imbibing its blind villain with what is essentially sonar, its situations an ever increasing farce of missed chances and close calls. At times almost devolving into silent comedy routines.

Far from being perfect the film does seem to lose steam with its central premise, adding an extra level of villainy to the blind man that feels somewhat tacked on just to prevent every audience member from rooting for brutal murder. The characters are as thinly defined as can be expected from a typical horror movie and the film seems to end four or five times (each less satisfying than the last), but you shouldn’t go to see Don’t Breathe to see a character study, it is an exercise in teeth grinding suspense and in that it succeeds.

A great pick to see while it is still in cinemas. As most people watching will be holding their breath you should avoid people talking during the film.

The film is easy to digest and sink into. Tense from the minute that it wants to be, slow but not boring. Excellently crafted; it is a simple, entertaining and trashy thriller.